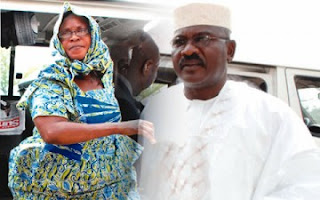 The unprecedented level of corruption in Nigeria assumed a frighteningly alarming dimension with the recent promotion of the indicted deputy director involved in the police pension fund scam!!! About N600m was allegedly found in one of the personal accounts of the former deputy director, who had just been promoted, while his sister was also found to be operating about 500 illegal pension accounts, in which fake pensioners’ money was regularly paid into.
The PUNCH Newspapers, a widely-read Nigerian daily authoritatively confirmed this development from the Information and Media Officer of the Pension Reform Task Force (PRT), Mr. Hassan Salihu. Ever since the PRT commenced investigation into the management of the pension fund, cash and assets worth over N159 Billion Naira have been confiscated from suspects comprising mostly of directors and permanent secretaries of the Federal Civil Service.
However, the suspects have been granted bail by the Abuja Court, and allowed  them to return to their respective offices in the federal ministries. To make matters worse, one of them has been promoted from a deputy director to a director.
Spaces for Youth Development and Social Change (SPACES FOR CHANGE) condemns in very strong terms, this promotion of  an indicted public officer. Allowing the indicted officials to return to their respective posts while investigations are still going on would grant the suspects unfettered access to interfere with evidence in the ongoing trial. Not only that, promoting a person facing such weighty allegations amounts to a condonation of corruption by the Federal Government of Nigeria, and provides an incentive for continued plundering of national resources. In addition, the promotion ridicules both the commitment of the Nigerian government to tackle corruption as well as the public sector-led efforts to entrench transparency in governance. This incident and many others have contributed significantly to the rapidly eroding confidence in the public decision-making and governance processes in Nigeria.
SPACES FOR CHANGE is calling on all Nigerians at home, and in Diaspora to pressure the Nigerian government to overturn this promotion and relieve the indicted officers of their positions with immediate effect until investigations and trial are concluded. We strongly demand the Nigerian government to use the police pension fund scam as a test case to demonstrate its sincerity to visibly and effectively advance the fight against corruption, and to restore public confidence in the country’s leadership.
Please support this campaign by rebroadcasting it, and using every available means to bring this statement to the attention of the Nigerian Government.
Signed
SPACES FOR CHANGE
Posted by Spaces for Change at 08:59

Spaces for Change
Established in May 2011, Spaces for Change (S4C) is a registered non-profit working to infuse human rights into social and economic governance processes in Nigeria. Using the human rights framework and youth-centered strategies, the organization aims to increase the participation of Nigerian youth, women and other marginalized constituencies in social and economic development, and also help public authorities and corporate entities to put a human rights approach at the heart of their decision-making.